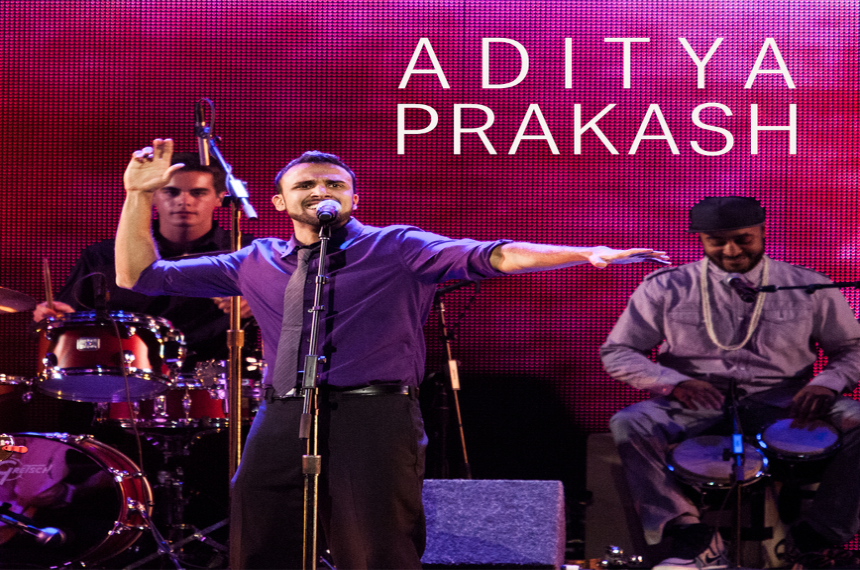 Aditya Prakash, an award-winning vocalist known for his powerful and emotive voice, is one of the leading upcoming voices of Carnatic music (South Indian classical).  Aditya was one of the youngest musicians to tour and perform with Sitar maestro Ravi Shankar at age 16, taking him to prestigious venues such as Carnegie Hall, Hollywood Bowl, and Disney Hall to name a few.

In 2010, Aditya Prakash founded the Aditya Prakash Ensemble. The roots of the Ensemble’s unique collaboration began during the members’ Ethnomusicology studies at UCLA, where horizons to cross-cultural musical interaction expanded vastly. The young, imaginative group of musicians, who while bridging seemingly disparate styles of music, create a boldly innovative and powerful mix of the deep-rooted tradition of Indian classical ragas, chants, and rhythms with the modern sounds of brass band arrangement, jazz harmony, and hip-hop-infused rhythms. The Ensemble has created an outlet for the Indian classical and jazz aesthetic to shine forth in an accessible, modern, playful yet powerful, and dynamic way.