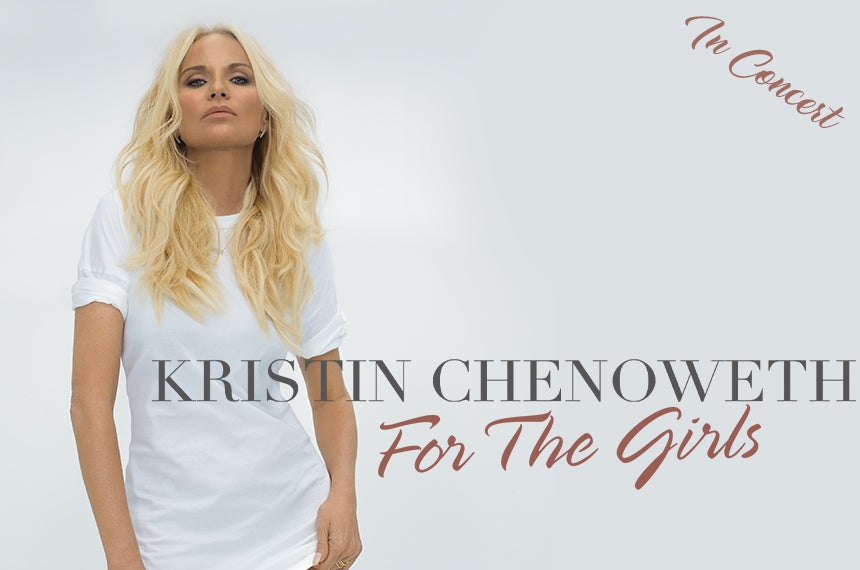 Kristin Chenoweth, For the Girls in Concert

Just 400 seats available for one night only in the Main Hall, Tickets $195

Sep 11, 2021
Kristin Chenoweth, For the Girls in Concert
Just 400 seats available for one night only in the Main Hall, Tickets $195
Buy Tickets

Kristin Chenoweth, For the Girls in Concert

Kristin Chenoweth is an Emmy and Tony Award-winning actress and singer, Kristin’s career spans film, television, voiceover, and stage. In 2015, Chenoweth received a coveted star on The Hollywood Walk of Fame. In 2009, she received an Emmy Award for Best Supporting Actress in a Comedy Series for her role in “Pushing Daisies.” In 1999, she won a Tony Award for “You’re A Good Man, Charlie Brown,” and she was also nominated for her original role of Glinda the Good Witch in “Wicked” in 2004.  Chenoweth has performed to sold-out audiences across the world, including performances at Carnegie Hall and Royal Albert Hall. For the Girls is a musical revue-style concert which celebrates the music of some iconic female entertainers.

If you would like to purchase more than 6 tickets to this show, please call or visit the Box Office to process your order.  Call us at 972-304-7047